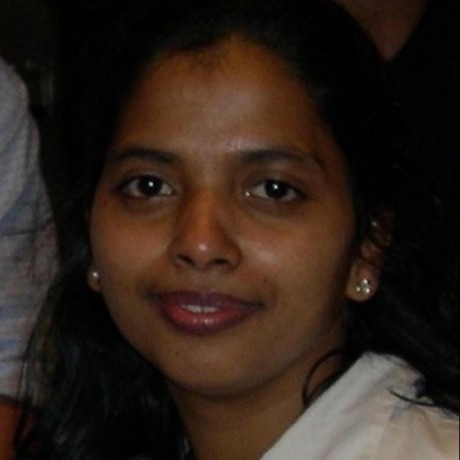 Read why and how Sheeba began her freelancing journey after one of her appraisals.

Sheeba, a Project Manager, was called into her manager’s cabin for her appraisal. She was told while she had performed as per expectation, they were unable to give her the deserved rating. The reason? They were constrained by the bell curve. However, a better rating and salary hike would be given to her male colleagues; because, the manager continued...the male colleagues had a family to manage. Since Sheeba had a husband who was working, the rating and no salary hike surely should not be a problem for her family.

Sheeba had been with the company for 9 years and had been sincere with her work. There was no reason why her appraisal shouldn’t be at par just because she was a female and had a safety net.

She wanted to quit but did not want to make a hasty decision that she would later regret. She put in a two day out-of-office to cool-down and process the news. If by the end of that she still felt like it, she decided she would go for it.

After waiting for two days, Sheeba sent out her resignation. The ‘concerned’ manager offered to give her the rating she was supposed to get, but Sheeba had made up her mind.

That was 2013. It’s been 8 years and Sheeba hasn’t regretted her decision. Not once.

It might look like Sheeba quit on a whim but it was a move she was considering and planning towards for two years. She had stopped enjoying work. She had two children and hardly found time for them, let alone time for herself. She considered this an awakening.

She wrote about her journey on heropress.com ...

“After 9 yrs of project management and a total of 15+ yrs of experience, I realized that I was no longer in touch with the technical world. The everyday firefighting and project management had lost its initial charm. I felt that the excitement was missing in my work life. Meanwhile at my home front, I was struggling to keep up to my own expectations. I wanted to spend more quality time with my children and be around when they needed me. I also didn’t want to quit my job because I wanted my independence and an outlet for my creativity. Freelance seemed one option which I wanted to explore. It could let me balance my professional & personal aspirations.”

Once out of the system, Sheeba faced the same questions that often stare freelancers in their face.

‘How much should I charge?’

‘Will I get projects to work on?’

‘Will I have a satisfied customer at the end of the project?’

‘Will I be able to deliver the project on time?’

‘If I get stuck at some task of my project, what do I do without a team member/senior to go to?’

Sheeba gave herself six months from the day she quit to start working again. But she bagged her first project in three months. Getting her website up and running gave Sheeba the shot of confidence she was looking for. She had tinkered around with the template and made it her own.

One question remained even then.

‘What do I charge my clients?’

The internet was obviously full of answers but even with the lowest possible rate, Sheeba felt like she was fleecing her customers. But advice arrived at the right time when someone said free work holds no value.

With her first client, Sheeba arranged to work for a month before mutually deciding on the charges and it worked out great. A few months and more happy clients later, Sheeba decided to work on a proposal template. She reached out to friends she had made at WordPress meetups and got sound advice on how to plan for the quote. Some even shared the proposals they used for their client. This helped Sheeba with the structure and legalese required for a professional proposal.

But WordPress meetups helped Sheeba with much more than that.

When she first attended a WordPress Meetup, everything was Greek and Latin to her in the beginning but she made an effort to read up about everything she did not understand and kept attending the meetups. She was also surprised by how wholeheartedly everyone else helped to solve her many queries.

Two years later, in 2015, Sheeba organised her first WordCamp. She considers it an important milestone in her journey. She is grateful to the WordPress community for helping her find her roots and has sworn to give back in whatever way she can.

As a freelancer, Sheeba enjoys the complete decision-making power when it comes to accepting a project. This is something she wouldn’t have been able to do earlier. One must abide by company rules. Now, she makes her own rules. She reports to nobody and is not answerable to questions like ‘What are you doing?’ or ‘Why are you doing it this way?’

She works on her own time. She has enough time for her family, her two children and herself. She often works at night, something she didn’t have the freedom to do earlier.

One of the disadvantages of working on your own is that you miss working with people. Sheeba says the Remote Indian community fixed her need for water cooler conversations. This was another community where you could ask for help and know that someone would have a solution for her problem. Everyone was eager to help and gave wholeheartedly.

Sheeba mentions a quote that she read on the heropress site. “Everyone can be a hero to someone and everyone should be a hero to themselves.” While it resonates with her, she doesn’t quite feel like a hero herself.

However, anybody who stands up to unfairly sexist practices at a workplace should definitely be hailed as one.

This profile is a part of the series called ‘Meet The Remote Indians’ that features the insightful stories of people who successfully managed to work remotely way before the lockdown made it inevitable.

Hari Chakyar is a writer and drawer. He lives in Bombay with his wife and cat.

Community for remote workers in India 👨‍💻🇮🇳👩‍💻 that enables Indian professionals to help each other navigate, balance and grow in a remote career.